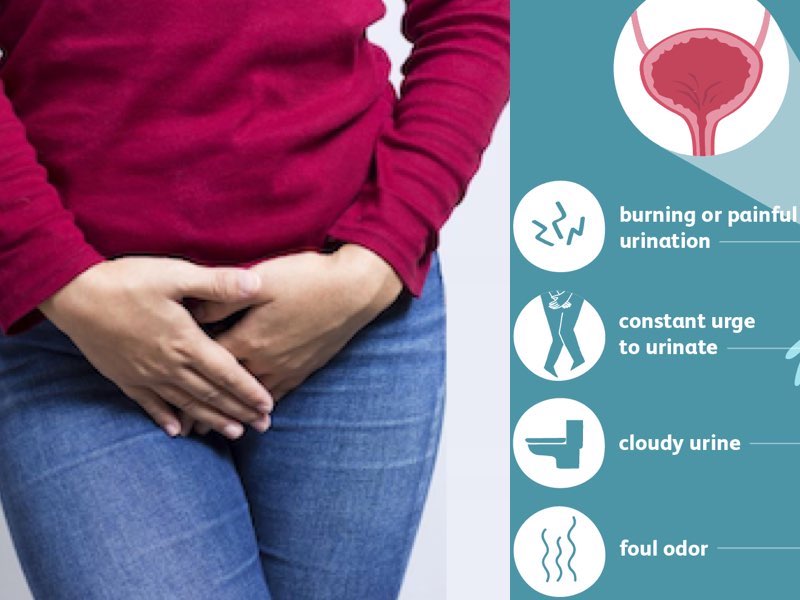 Some of the most common causes of painful urination are as follows:

CAUSE OF DYSURIA ALSO INCLUDE:

SYMPTOMS OF UTI INCLUDE:

Sometimes painful urination can be related to a vaginal infection caused by yeast and you may also expect changes in vaginal discharge and odor.

Sexually transmitted infections can also cause painful urination. These include:

Besides painful urination, these sexually transmitted infections can additionally cause symptoms such as Itching, Burning, Blisters or sores for genital herpes, Abnormal discharge, Inflammation, and irritation.

Besides infections, other reasons that area may be irritated or infected include Stones in the urinary tract, Irritation of the urethra from sexual activity, Interstitial cystitis, a condition caused by bladder inflammation, Vaginal changes related to menopause. Activities such as horseback riding or bicycling, Vaginal sensitivity or irritation by the use of scented soaps or bubble bath, toilet paper, or other products such as douches or spermicides.

Bacterial infection is the most common cause of UTI with E.coli being the most frequent pathogen, causing 75-90% of UTIs. Other bacterial sources of UTI include Klebsiella, Proteus, Enterococcus Species, Staphylococcus, Saprophyticus especially among female adolescent and sexually active females and Streptococcus group, especially among neonates. Fungi (Candida species) may also cause UTIs, especially after instrumentation of the urinary tract adenovirus is a rare cause of UTI and may cause hemorrhagic cystitis.

The best way to stop dysuria is to prevent the causing factors that generally lead to the burning or itching urination. Drinking lots of water every day can also help to maintain the urinary tract clean which may also be very useful in preventing the symptoms of discomforting urination.

Women should be very careful about the way they clean themselves. Avoid wiping from backward to forwards the vaginal region which may bring some bacteria to the front leading got an infection. Always wipe from the front to the back. It would also be useful to urinate after intercourse as it will flush bacteria, if any, from the urethra.

Women should change inner wears and sanitary napkins every day to keep the genital areas clean and dry. It will be helpful to prevent the symptoms caused by irritation. Also, avoid chemicals and harsh soaps around genitals.  Use condoms and practice safe sex measures in order to prevent the symptom caused by sexually transmitted infections.


Night Sweating in WomenWho is your life partner?

Who is your life partner?